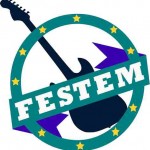 Community radios are the springboard for young bands and a communication support for these emerging artists. Radios invite them into their cultural programs, they broadcast their albums, announce their dates and for some of them, organizing concerts to promote bands. That’s the reason why FESTEM project was born. This project is innovative, it deals with a topic that has rarely been the subject of collective thinking: the role of community radio stations in the discovery and the emergence of young talents. The concept of this project is to bring together three types of actors around a common project: first, the young musicians who seek to position themselves in the profession, young volunteers radios that produce programs in community radio stations and finally the professional radios themselves, which in fact can trade them on their practices and disseminate radio programs through the FM and their websites. This project is based on an exchange between Spain, Slovenia and France, which include six communities radios stations (two per country) and 10 young musicians for three rock bands, who are selected in each countries to realized a European tour. Many activities: exchanges on cultural programs, concerts, studio recordings, editing album, training time, and production of broadcasts programs

The bands selected to represent FESTEM are : Datcha Mandala for France, Jelly Bullet for Spain and Dandelion Children for Slovenia. See more on : https://www.facebook.com/festemproject/ Below, look at the video made by Styl’Iris during the concert on 21 June in Bordeaux

Below, look at the video made by Styl’Iris during the concert on 21 June in Bordeaux